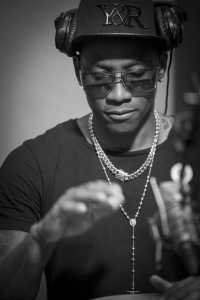 “Pedrito is a genius…working with him has been a revelation to me.”   Wynton Marsalis

“The Pedrito Martinez Group is the real thing. They had the club JUMPING! It made me feel like a teenager!"

Grammy-nominated, Pedro Pablo “Pedrito” Martinez was born in Havana, Cuba, Sept 12, 1973. Since settling in New York City in the fall of 1998, Pedrito has recorded or performed with Wynton Marsalis, Paul Simon, Bruce Springsteen, and Sting and has contributed to over 50 albums.

Pedrito was a founding member of the highly successful Afro-Cuban/Afro-Beat band Yerba Buena. He has received the Thelonius Monk Award, Sphinx Award for Excellence and been named “Percussionist of the Year” by the Jazz Journalists Association every year from 2014-2017.  The Pedrito Martinez Group came together in 2005 in NYC and has appeared at major music festivals, performing arts centers, and venues throughout the US, Europe, Australia and Latin America.  Equally at home in popular music, his perfectly intoned tenor voice, seamlessly combines popular and folkloric influences with an infectious energy and charisma making him as formidable a front man as he is a percussionist.   The group’s self-titled first album (on Motema Music), was released October, 2013, was nominated for Grammy, and was chosen among NPR’s Favorite Albums of 2013 and The Boston Globe Critics Top Ten Albums of that year.