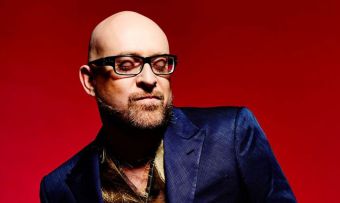 Italian jazz-­soul vocalist Mario Biondi was born with artistic blood in the Sicilian city of Catania. His great grandfather was a respected painter, his grandmother a singer, and his father a popular songwriter. Biondi sang throughout his childhood, first performing in public at age of 12 in church, and soon singing in public squares in front of hundreds of people. From there he competed in the Festival della Canzone Siciliana, taking third place. Biondi's musical pursuits earned him the opportunity to perform alongside Italian vocal greats such as Califano, Bongusto, and Fiorello, as well as American legend Ray Charles.

As word of his talent and skill got out, Biondi found himself collaborating with groups like the Change, Mario Brothers, and Funky Company on recordings and tours. Given his powerful and unique voice, it was not long before Biondi was encouraged to pursue a solo career. Featuring material inspired by American R&B artists like Lou Rawls, Luther Vandross, and Donny Hathaway, Biondi's debut record was released in 2006 on the boutique label Family Affair. Handful of Soul featured the single "This Is What You Are," which went immediately into heavy rotation throughout Italy and, thanks to British DJ Norman Jay, the U.K.

A year later, Biondi performed the song at the Sanremo Festival in Italy, bolstering the record's popularity and helping to push it into Billboard's European Top 100 chart. Biondi's material continued to be popular; his 2009 album If was a big hit in Italy, reaching number two and selling three-­‐times platinum.