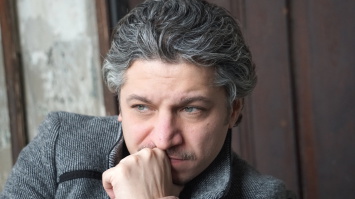 “He is one of the greatest pianists that I ever heard of ...” - Ahmad Jamal

Growing up in Azerbaijan, Shahin’s rare talent emerged from his country’s various compositional influences as well as his unusual and rich musical heritage. At the age of five, he began his classical studies at Baku’s notorious Bulbul Music Academy. At only eleven years old, he performed with the local Symphony Orchestra at the State Philharmonic Hall.

Elegantly blending his classical knowledge, Azerbaijan’s traditional folk “Mugham” and his jazz influences, Shahin created his own unique and accomplished musical universe, among which he combines eastern and western cultures. A gentle wave of exotic melodies, powerful and sharp harmonies, capricious eastern rhythms struck by an American Jazz lightning, majestic and vigorous.

Shahin did his first tour in America and Europe in 1997 with different projects: trio, solo, quartet, etc.. There have also been experiments; adding different instruments to the group, including his own voice. Shahin has recorded three live albums: Live in Moscow, Live in Prague Castle and Jz'Mu, Live in Baku. There is also the experimental album Eternal Way, and Bayati, recorded while living and touring in America and released on the French Bee Jazz label. His detailed study of mugham added another ingredient to his compositions and concerts, furthering the mix of East and West.

A defining moment in Shahin’s work and career was his meeting with Ahmad Jamal in 2014, who rated his music highly and is representing Shahin to the world.

Jamal also co-produced his 2017 album “Emanation”, which received UK Vibe award as “Best Jazz Albums of 2017”, album was released on the French label Jazz Village, PIAS. In 2019, September 13th in Jazz Village, Shahin released his album “ From Baku to New York City”, produced by Ahmad Jamal. Shahin is today an icon for Jazz and has received enthusiastic comments from worldwide critics and audiences.

“His touch is exquisite and his speed jaw-dropping and if his flood-tides of sound can swamp you after an hour or so, there are more than enough startlingly fresh ideas here, from a culture still relatively unfamiliar to jazz”. - John Fordham - The Guardian.